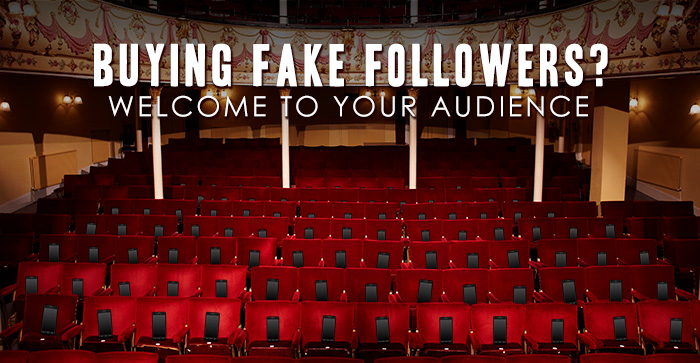 The other day, I noticed a page on Facebook for a fairly small and quite niche business that had a lot of followers, like…. A lot. For me, it rang some alarm bells, so I took a closer look. Most of their posts had very little engagement, but 1 or 2 random posts had literally 1000s of likes, but still very little in the way of true engagement through comments.

So what’s the answer here? Quite simply, the owner of that page has paid for fake followers, and continues to pay for fake engagement on posts. In a world where we’re told that a social media following is important, is paying for likes a good idea? Is it just a vanity project or is it actually harmful to your business?

Firstly, let’s take a step back and think about why someone might buy ‘fake followers’. Well, we live in an increasingly narcissistic society (in this humble writer’s opinion) and people seem obsessed with how many likes and shares etc that they can get; going viral is the new 15 minutes of fame (like appearing on Bullseye back in the day). Some people are possibly just buying followers for the thrill of seeing those numbers flash up. Others might be starting a new business and think that getting some initial numbers of the board might help their natural numbers grow. It could just be the pressure from Google to have a good social following.

You’d be surprised at the variety of people, companies, brands and artists who could be buying fake likes though:

That, by the way, doesn’t actually prove Trump does buy followers, it could be a fan or just lots and lots of bot accounts. Those that watch it say his follower account does jump by the odd 3,000,000 sometimes. Ahem.

So what is a fake follower?

Fake followers come from Click Farms. A fraudulent business who not only sell fake likes and followers, but also create fake reviews and possibly the worst, click through competitor paid advertising to increase costs. The best way to describe a click farm is to look at this gif:

If you buy fake followers/likes etc, that’s your audience.1 guy with thousands of phones set up to a programme.

So what’s in it for the fakers?

Simply put, the same thing that’s in it for anyone scamming any system, money. People pay for this, and often it’s not that expensive. There’s a lot of people on sites like Fiverr.com who will sell you 1000 likes on a Facebook post, or 3000 “real” twitter followers for for less than £5. Yes, they’re “real” accounts and there may be a real person pressing the button (click farms hire a lot of very low-paid staff) but that doesn’t make them a real audience. To quote wikipedia:

Italian security researchers and bloggers Andrea Stroppa and Carla De Micheli found out in 2013 that $40 million to $360 million to date were earned from the sale of and the potential benefits of buying fake Twitter followers. $200 million a year is also earned from fake Facebook activities.

It’s not that bad though is it?

Well, yeah… it kind of is. The point of building an audience is that people are engaging with your brand, buying your products, discussing you etc. You could perform in an arena to 10,000 mobile phones sat on seats, but it wouldn’t be a very good gig.

Facebook’s algorithms are pretty damn clever (as well as flawed, don’t let your mum like your posts) and your fake followers are working against you.

Let’s say you have 1990 fake likes and 10 genuine likes. You put up an awesome post and your 10 genuine likes see it and all like it, the 1990 obviously don’t. That’s a 0.5% engagement rate, not very good. Facebook sees that and realises that your content’s not very good, so therefore is unlikely to push that onto other people’s news feed (you know like when you see someone you know has liked that video of a cat and it appears on your timeline). Alternatively, you have 10 followers, all 10 like it… 100% hit rate, interesting content.

You’re also opening yourself up to more spam. These people are scammers and they will use you and your audience to their advantage. Bang goes your reputation, especially when people work out you’ve been buying likes.

Lastly, and there’s a bunch of other good reasons like skewed demographics and analytics, wasted marketing spend etc, but consider this; I’m going to guess you haven’t read the terms and conditions? Yea, it’s not allowed and social media platforms will just ban your account. 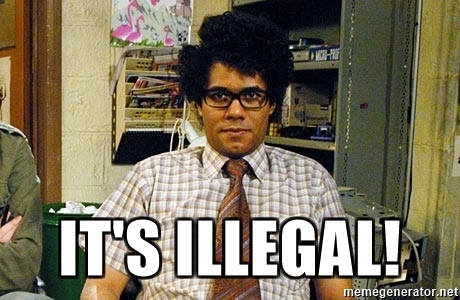 The conclusion is that building an audience on any social media platform is really hard. This isn’t a blog about how to do that, but it is a warning not to cut corners because you will get found out and it will harm your business.